Carbon isn't the enemy; it represents one of the most important opportunities of our lifetimes.

Most people hardly give carbon a passing thought, except for the bad press it has received in the climate change context. The main message people get is that carbon, in the form of hydrocarbons such as coal and oil, is one bad dude — a ne'er do well at best, a villain at worst. 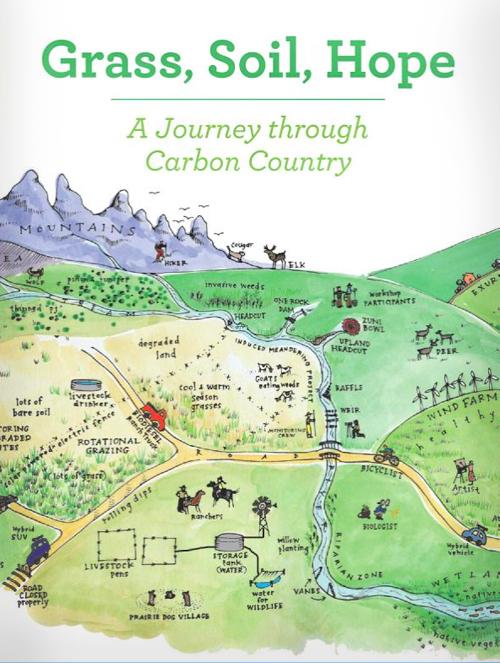 That's why there is a lot of talk among experts and activists about a "post carbon economy" as well as a "war on carbon." Carbon has become another enemy, apparently, that has to be defeated. As I quickly learned, however John [Wick, co-founder of the Marin Carbon Project] completely disagreed with carbon's bad rap. It was the attitude thing again: he saw carbon as an opportunity, not as a problem. And not just any opportunity — one of the most important in our lifetimes. It wasn't just simply a matter of "locking up" carbon in the soil, he told me, but employing an element essential to life on Earth to do all sorts of good things, such as growing food. Carbon was a tool, like the proverbial hammer, that could be used for good or evil depending on one's goals. The villainous side of carbon had been well documented and publicized. The purpose of the Marin Carbon Project, John said, was to demonstrate the element's heroic side.

All of which raised a question in my mind: what is carbon, actually? I had no clue. Upon my return home from California, I decided to dig. Here's what I learned.

Carbon is the graphite in our pencils, the diamond in our rings, the oil in our cars, the sugar in our coffee, the DNA in our cells, the air in our lungs, the food on our plates, the cattle in our fields, the forest in our parks, the cement in our sidewalks, the steel in our skyscrapers, the charcoal in our grills, the fizz in our sodas, the foam in our fire extinguishers, the ink in our pens, the plastic in our toys, the wood in our chairs, the leather in our jackets, the battery in our cars, the rubber in our tires, the coal in our power plants, the nano in our nanotechnology, and the life in our soils.

Carbon is everywhere. It is the fourth most abundant element in the universe, the fifteenth most abundant element on Earth, and the second most abundant element in the human body, after oxygen. Carbon is present in all known life forms. It can be found dissolved in all water bodies on the planet. Most of it is stored in rocks. Carbon is abundant in the sun, stars, comets, meteorites, and the atmospheres of most planets (the atmosphere of Mars, for instance, is 96 percent carbon dioxide). Carbon is a basic element — number six on the periodic table of elements, between boron and nitrogen. It exists in many inorganic compounds (gases, rocks, liquids) and in all organic ones. Half of the dry weight of most living organisms is carbon.

Carbon is stardust. It first formed in the interior of stars, not long after the Big Bang, and then scattered into space as a result of supernova explosions. Over time, it coalesced into second- and third-order star systems such as ours, as well as planets, comets, and other heavenly bodies. Eventually, it coalesced into us. Joni Mitchell had it right in her song "Woodstock": we are stardust.

Carbon is promiscuous. It forms more chemical compounds than any other element, with almost ten million compounds discovered to date — a tiny fraction of all that are theoretically possible. Carbon especially likes to bond with other small atoms, including other carbon atoms. This makes it capable of forming long chains of complex and stable compounds, which is why it is found in so many different forms on Earth.

Carbon is history. In antiquity, it was called carbo, which is Latin for coal. Carbon was known to the earliest humans as soot and to the earliest civilizations as diamonds. The Romans made charcoal for cooking and the Amazonians made terra preta (biochar) for burying to improve their nutrient-poor soils. No one knew these were all the same element until 1772, when French chemist Antoine Lavoisier pooled money to buy a diamond, which he placed in a closed glass jar. He focused the sun's rays on the diamond with a special magnifying glass and saw the diamond burn and disappear. There was no water left behind. The jar was filled with carbon dioxide — gram for gram. This was similar to what happened with charcoal. He called this common element "carbone." In 1779, scientist Carl Scheele did the same thing with graphite — and carbon's reputation took off.

Carbon is energy. The bonds in long chains of carbon hold a lot of energy, and when they are broken that stored energy is released. This makes carbon an excellent source of fuel, both in machines and in living creatures. Coal, oil, natural gas (methane), tar sands, bitumen, and everything in between are all hydrocarbons, a highly stable and yet easily combustible bond between hydrogen and carbon. Refrigerants, lubricants, solvents, plastics, chemical feedstocks, and other types of petrochemicals are all hydrocarbons. The world would grind to a halt without carbon.

Carbon is life. It exists in every organic life form. Life is impossible without it. When combined with water, it forms sugars, fats, alcohols, and terpenes. When combined with nitrogen and sulfur, it forms amino acids, antibiotics, and alkaloids. With the addition of phosphorus, it forms DNA and RNA, the essential codes of life, as well as ATP, the critical energy-transfer molecule found in all living cells. The carbon atom is the essential building block of life. Every part of your body is made up of chains of carbon atoms, which is why we are known as "carbon-based life-forms." Chemically, we're just a bunch of inert compounds. What breathes life into us? The answer is the relationship between the molecules of energy and nutrients, fueled by carbon and water.

Carbon is hope. Because where there's life, there's hope.

Carbon is also a cycle. The carbon in the atmosphere, the oceans, the trees, the soils, us, and everything else is constantly in motion, flowing in a giant circle from air to land and back to air again in an unending, closed loop. The law of the conservation of matter says that in a closed system matter can be neither created nor destroyed. It can only cycle and recycle. Earth has been a closed system almost from its origin, with only solar energy, an occasional electromagnetic pulse from the sun, and stray bits of asteroids and comets entering the atmosphere from space. What's here today has always been here, including carbon, whose total amount is essentially the same as it was when Earth formed. The ancient Greek philosophers understood all this intuitively, proclaiming "nothing comes from nothing." Epicurus wrote that "the totality of things was always as it is now, and always will be." Nothing can be created or destroyed. This observation was explained scientifically by none other than Lavoisier, who discovered that, although matter may change its form or shape — a diamond into gas — its mass always remains the same.

This excerpt is adapted from Courtney White's Grass, Soil, Hope (2014) and is printed with permission from Chelsea Green Publishing. 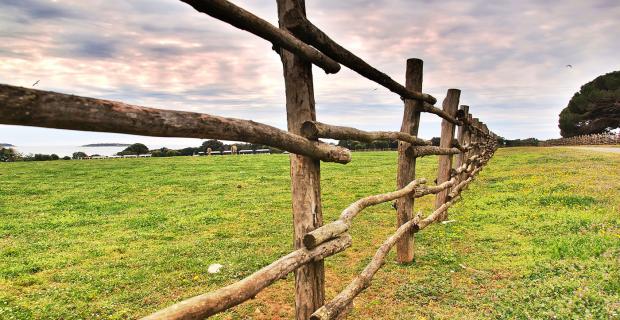 Although agriculture is a large source of global emissions, Pollan suggests it can help reverse climate change. 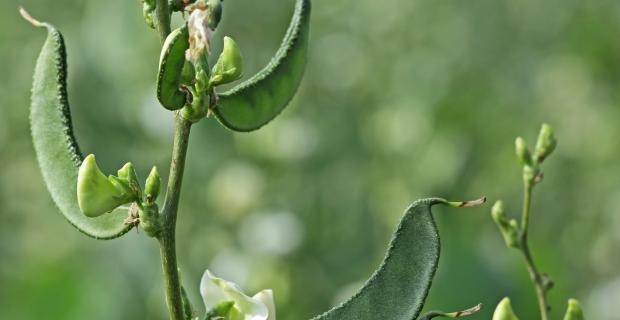 Contrasting practices that exacerbate climate disruption with those that build resilience and support health. 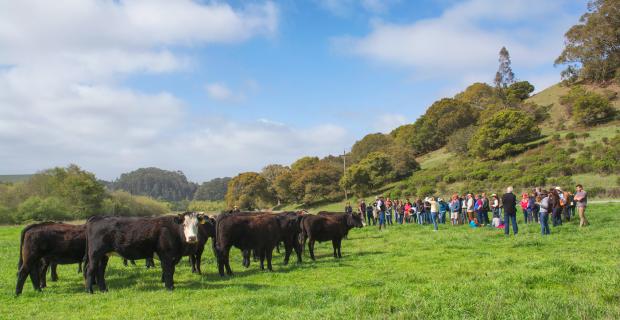 Climate-Smart Ranching: An Interview with Kat Taylor and Wendy Millet

TomKat Ranch is a huge experiment to investigate the environmental and economic benefits of sustainable animal agriculture and their effects on climate change.