From a Fourth-grader's Question to 500 Habitat Restorations

In March 2015 the STRAW Program (Students and Teachers Restoring a Watershed) celebrated its 500th habitat restoration, a remarkable accomplishment for a program that was born in 1992 when a student in Laurette Rogers’s fourth-grade class asked, “But what can we do?” after viewing a film on rainforest destruction. Together with her students, Rogers learned that the best way to help endangered species is through habitat restoration, and launched an environmental project-based learning project, championed by her principal, Sandy Neumann, to protect an endangered shrimp found only in their locale.

In 1998 the project evolved into STRAW, co-sponsored by the Bay Institute and the Center for Ecoliteracy, which provided funding, guidance, and philosophical grounding. “We are extremely grateful to CEL for being a guiding light, connecting ecological principles to effective ways to operate in the world,” says Rogers, who is now STRAW’s program director.

On the occasion of the 500th restoration, second-graders from Loma Vista Elementary School in Novato, California planted coast live oak acorns and California buckeyes at Tolay Ranch in Sonoma County. The ranch, which is slated to become a part of Tolay Regional Park, will be a link in a wildlife corridor connecting Tolay Lake and San Pablo Bay.

Now a project of Point Blue Conservation Science, STRAW conducts about 50 restorations a year. More than 40,000 students from kindergarten to high school have participated in restorations since 1992, restoring over 35 miles of creek bank as well as wetlands. In addition to protecting habitat for animals, STRAW’s restorations can include planting up to 20 drought-resistant native species and monitoring to learn which species will thrive best in different locations under changing climate conditions. 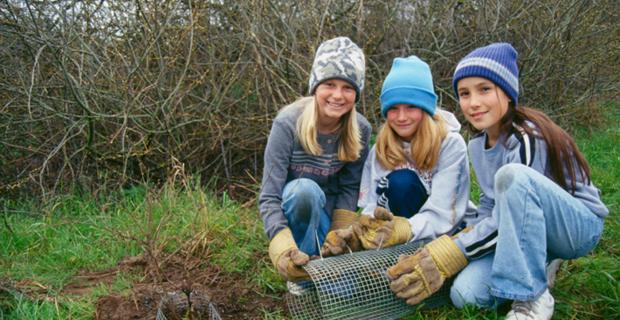 Fourth-graders' desire to save an endangered species brings together NGOs, government bodies, schools, and ranchers. 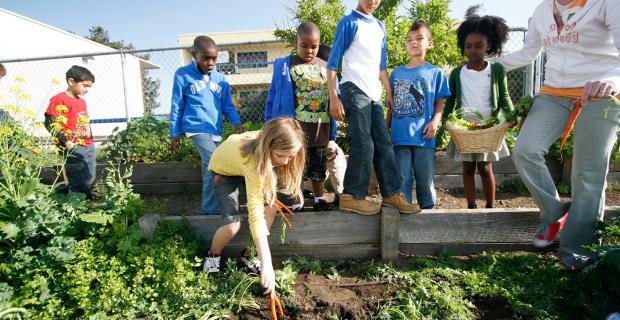 Out of the Building - and into the Classroom 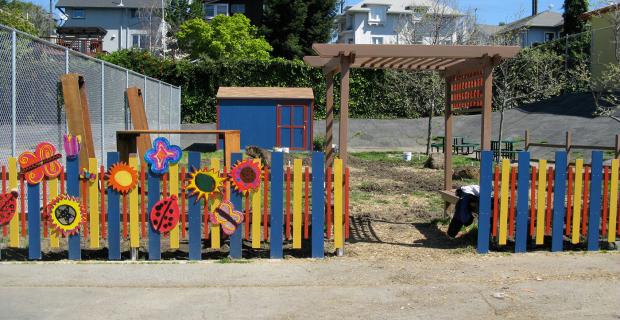 A variety of teaching strategies based on students' levels of development and brain-based research.