The Nature and Purpose of Education

In her celebrated The Classic Italian Cookbook, Marcella Hazan wrote: "What people do with food is an act that reveals how they construe the world."

At the time — 30 years ago — it was a sentiment that needed a word of explanation; the Japanese meal respects aesthetics, the French cuisine respects subtlety, Italian food respects its ingredients.

Pausing to ponder the nature and consequences of a burger bar in the center of Rome was how a major eating revolution began. Carlo Petrini, a prominent Italian journalist, was walking past a newly opened McDonald's franchise when he stopped and said: If this is fast food, why not have Slow Food? In much the same way, I was thinking about the standards-based school curriculum, with its emphasis on regurgitated gobbets of knowledge, when I recognized the analogy with fast food. What we have created, with our tests and targets, is the fast school, driven by standardized products. So why not devise a Slow School, driven by an emphasis on how ideas are conceptualized, just as Slow Food is driven by how the innate qualities of ingredients can be realized?

The concept of Slow, as it has emerged from the Slow Food movement, derives its power as a metaphor from its moral force. It is about what it is good to do; to enjoy "quiet material pleasure," as Carlo Petrini has put it, which entails making judgments about conduct, virtue, and balance. In the Slow City, for example, the virtue of courage emboldens citizens to restrict the growth of hypermarkets so that specialist providers are not put out of business. As a result, people can conduct themselves thoughtfully in a society that values personal experience.

Since education is essentially about equipping our children with the ability to act responsibly in a complex society, the idea of a Slow School follows very readily from the metaphor of Slow. It brings to mind an institution where students have time to discuss, argue, and reflect upon knowledge and ideas, and so come to understand themselves and the culture they will inherit. It would be a school that esteems the professional judgment of teachers, that recognizes the differing interests and talents of its pupils, and works with its community to provide a rich variety of learning experiences.

Unfortunately, schools in a number of countries are obliged, by political decisions, to conduct their affairs in a totally different manner. This is particularly the case in England and the United States, where public education has taken as its model not the moral character of Slow Food but the commercial character of fast food.

What matters in fast food is not the process of preparing or educating, but the outcome. And the product itself is so worthless: a burger has little nutritional value, and schooling based on standardized tests and targets treats students as vessels to be filled rather than people who want to understand, to be inspired, to make something of themselves.

These "fast schools" do little to prepare students for the world of tomorrow, based as they are on the idea of "standards," which in practice means comparing performance on content-based tests. If we want our students to look ahead rather than in the rearview mirror, the metaphor of the standards-based school has to be replaced by the metaphor of the Slow School. The metaphor of standards conjures up a folk memory of fighting battles and winning wars, of steadfast purpose and reliable automobiles. It's a powerful image, but it's completely wrong-headed.

The underlying assumption is that if we can make car engines to a high standard, why not turn out students to a high standard? The answer is simple: manufacturing crankshafts is a technical problem, while educating pupils is a moral problem. As Aristotle recognized, different kinds of problems need different methods of solution.

In the case of the Slow School, we have to solve complex, practical problems of a moral nature. So at the heart of the Slow School is the idea of bringing together, when new proposals are to be discussed, the responses of its students, parents, teachers, and other stakeholders. In this way the school renders a continuous account of what it is doing to those with a real interest in its work. Accountability is built into the process of curriculum — it's part of a continuing narrative that has real meaning for pupils and parents.

This is much better than the summative form of accountability generated by standards-led schooling. Parents are confronted with tables of comparative performance on tests which baffle rather than illuminate. Numbers alone tell us very little. Who benefits from this emphasis on standards? Certainly not students, who find such a curriculum boring; nor parents, who are totally excluded from real judgments about their children's school. As for teachers, the effect is to lower their morale and undermine their professionalism. Only the politicians benefit; when the numbers go up, they take the credit, and when they go down they blame the schools.

Support is growing for the Slow School movement. Some schools, already on the right track, are beginning to discover that they are really Slow Schools! And an inspired way to get the Slow metaphor into schools is to confront the burger-based lunch and show students how to devise their own, home-grown, slow lunch. At a stroke, they have to challenge received opinion, think about fundamentals, and devise alternative strategies. It's a good recipe for learning how to build a Slow School curriculum. 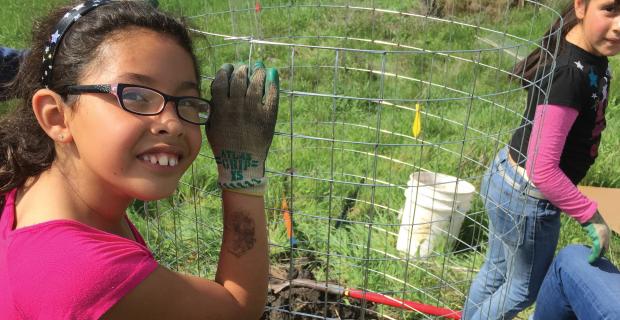 A Sense of Wonder for Young Minds 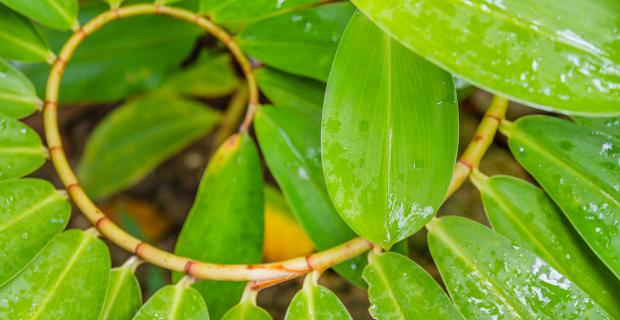 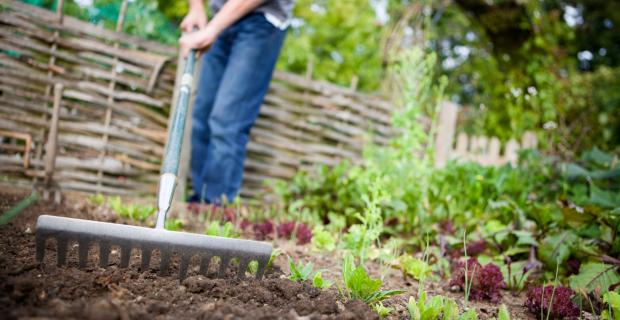 No two schools' circumstances are the same; there is no one-size-fits-all plan for schooling for sustainability.