From Power to Empowerment: How We Can Change the World

Frances Moore Lappé suggests the power each of us holds, when combined, can change the world.

A Massachusetts teacher I once knew asked his tenth graders to blurt out the first words that came to mind on hearing the word "power." They said, "money," "parents," "guns," "bullies," "Adolf Hitler," and "Mike Tyson." And in my workshops with adults, I've heard similar words, plus "fist," "law," "corrupt," and "politicians." Often "men" pops out, too.

As long as we conceive of power as the capacity to exert one's will over another, it is something to be wary of. Power can manipulate, coerce, and destroy. And as long as we are convinced we have none, power will always look negative. Even esteemed journalist Bill Moyers recently reinforced a view of power as categorically negative. "The further you get from power," he said, "the closer you get to the truth."

But power means simply our capacity to act. "Power is necessary to produce the changes I want in my community," Margaret Moore of Allied Communities of Tarrant (ACT) in Fort Worth, Texas — my hometown — told me. I've found many Americans returning power to its original meaning — "to be able." From this lens, we each have power — often much more power than we think.

One Choice We Don't Have

In fact, we have no choice about whether to be world changers. If we accept ecology's insights that we exist in densely woven networks, as just noted, then we must also accept that every choice we make sends out ripples, even if we're not consciously choosing. So the choice we have is not whether, but only how, we change the world. All this means that public life is not simply what officials and other "big shots" have.

Related evidence of our power is so obvious it is often overlooked.

Human beings show up in radically different notches on the "ethical scale" depending on the culture in which we live. In Japan, "only" 15 percent of men beat their spouses. In many other countries, over half do. The murder rate in the United States is four times higher than in Western Europe, Canada, Australia, and Japan.

Plus, behavior can change quickly. Germany moved from a country in which millions of its citizens went along with mass murder to become in a single generation one of the world's more respected nations. Here's an incomparably less consequential but still telling example: In only a decade, 1992 to 2002, U.S. high school students who admitted to cheating on a test at least once in a year climbed by 21 percent to three quarters of all surveyed.

So what do these differences and the speed of change in behavior tell us? That it is culture, not fixed aspects of human nature, which largely determines the prevalence of cooperation or brutality, honesty or deceit. And since we create culture through our daily choices, then we do, each of us, wield enormous power.

Let me explore related, empowering findings of science that also confirm our power.

Mirrors in Our Brains

Recent neuroscience reveals our interdependence to be vastly greater than we'd ever imagined.

In the early 1990s, neuroscientists were studying the brain activity of monkeys, particularly in the part of the brain's frontal lobe associated with distinct actions, such as reaching or eating. They saw specific neurons firing for specific activities. But then they noticed something they didn't expect at all: The very same neurons fired when a monkey was simply watching another monkey perform the action.

"Monkey see, monkey do" suddenly took on a whole new meaning for me. Since we humans are wired like our close relatives, when we observe someone else, our own brains are simultaneously experiencing at least something of what that person is experiencing. More recent work studying humans has borne out this truth.

These copycats are called "mirror neurons," and their significance is huge. We do walk in one another's shoes, whether we want to or not.

[Our] intimate brain-to-brain link-up… lets us affect the brain — and so the body — of everyone we interact with, just as they do us.
— Daniel Goleman, Social Intelligence: The New Science of Human Relationships

We literally experience and therefore co-create one another, moment to moment. For me, our "imprintability" is itself a source of hope. We can be certain that our actions, and perhaps our mental states, register in others. We change anyone observing us. That's power.

And we never know who's watching. Just think: It may be when we feel most marginalized and unheard, but still act with resolve, that someone is listening or watching and their life is forever changed.

As I form this thought, the face of Wangari Maathai comes to mind. A Kenyan, Wangari planted seven trees on Earth Day in Nairobi in 1977 to honor seven women environmental leaders there. Then, over two decades, she was jailed, humiliated, and beaten for her environmental activism, but her simple act ultimately sparked a movement in which those seven trees became forty-five million, all planted by village women across Kenya.

In the fall of 2004, when Maathai got the call telling her she had just won the Nobel Peace Prize, her first words were: "I didn't know anyone was listening." But, evidently, a lot of people were beginning to listen, from tens of thousands of self-taught tree planters in Kenya to the Nobel committee sitting in Oslo.

From there I flash back to a conversation with João Pedro Stédile, a founder of the largest and perhaps most effective social movement in this hemisphere — Brazil's Landless Workers' Movement, enabling some of the world's poorest people to gain nearly twenty million acres of unused land. During the military regime in the early 1980s in Brazil, even gathering a handful of people was risky.

Who helped motivate João Pedro? It was Cesar Chavez and the U.S. farm workers' struggle, he told me.

I'll bet Chavez never knew, or even imagined, his example was powerful enough to jump continents.

Just as important, the findings of neuroscience also give us insight as to how to change and empower ourselves. They suggest that a great way is to place ourselves in the company of those we want most to be like. For sure, we'll become more like them.

Thus, whom we choose to spend time with as friends, colleagues, and partners may be our most important choices. And "spending time" means more than face-to-face contact. What we witness on TV, in films, and on the Internet, what we read and therefore imagine — all are firing mirror neurons in our brains and forming us.

As the author of Diet for a Small Planet, I'm associated with a focus on the power of what we put into our mouths. But what we let into our minds equally determines who we become. So why not choose an empowering new diet?

Power is an idea. And in our culture it's a stifling idea. We're taught to see power as something fixed — we either have it or we don't. But if power is our capacity to get things done, then even a moment's reflection tells us we can't create much alone. From there, power becomes something we human beings develop together — relational power. And it's a lot more fun.

Photo: Colin M. Lenton. This photo shows participants from Kids Rethink New Orleans Schools in a "rethink circle," where students and teachers practice honoring each other through their speaking and listening. 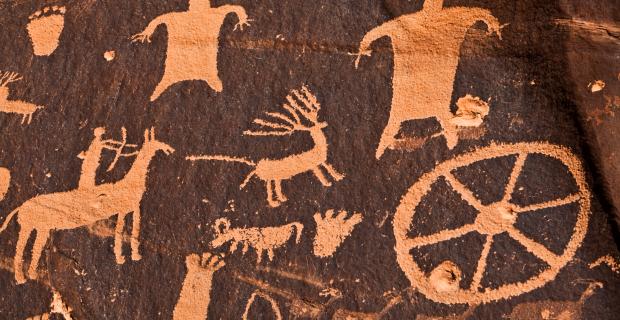 Bringing People Back into the Economy

Vandana Shiva: The renewable energy of ecology, sharing, solidarity, and compassion must counter the destructive energy of greed. 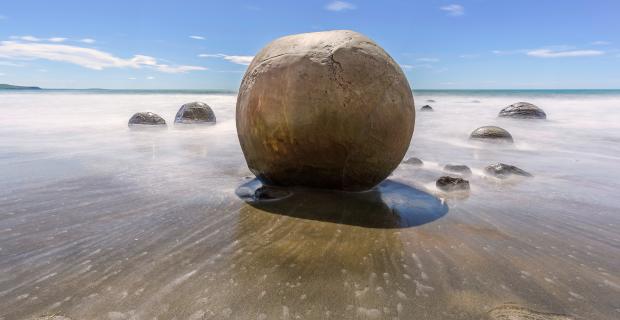 Joanna Macy: The Great Turning is a shift from the Industrial Growth Society to a life-sustaining civilization.