The first guiding principle of the Center for Ecoliteracy's framework for schooling for sustainability — Smart by Nature® — is "nature is our teacher."

Taking nature as our teacher requires thinking in terms of systems, one of nature's basic patterns. Systems can be incredibly complex, but the concept is quite straightforward. The American Association for the Advancement of Science, for example, defines a "system" as "any collection of things that have some influence on one another." Individual things — like plants, people, schools, communities, and watersheds — are all systems of interrelated elements. At the same time, they can't be fully understood apart from the larger systems in which they exist.

Living systems have their own dynamics. Observing systems reveals recurring properties and processes. They resist change, but they also develop, adapt, and evolve. Understanding how systems maintain themselves and how they change has very practical consequences that go to the heart of education for sustainable living. Much of the Center's work over the past two decades could be thought of as applied systems thinking. As an offering for leaders engaged in systems change, we report in this piece on seven important lessons we've learned.

While the work of the Center has been profoundly affected by the insights of our cofounder, systems theorist Fritjof Capra, as well as by other notable thinkers including Margaret Wheatley, Joanna Macy, and Donella Meadows, we will touch only briefly here on their important theoretical work. At the end of this report, we've listed a few sources for readers who want to pursue these ideas more deeply.

For educators and change agents who are tackling the challenge of changing systems, some of them deeply entrenched, we are pleased to offer these lessons, based on our work with thousands of leaders.

Most of the qualities of a living system, notes Fritjof Capra, are aspects of a single fundamental network pattern: nature sustains life by creating and nurturing communities. Lasting change frequently requires a critical mass or density of interrelationships within a community. For instance, we've seen from research and our experience that curricular innovation at a school usually becomes sustainable only when at least a third of the faculty are engaged and committed.

"If nothing exists in isolation," writes famed essayist Wendell Berry, "then all problems are circumstantial; no problem resides, or can be solved, in anybody's department." Even if problems defy solution by a single department, school districts are often structured so that responsibilities are assigned to isolated and unconnected divisions. Nutrition services may report to the business manager, while academic concerns lie within the domain of the director of curriculum. To achieve systems change, leaders must cross department boundaries and bring people addressing parts of the problem around the same table. For example, we're currently coordinating a feasibility study with the Oakland Unified School District (OUSD). It requires looking simultaneously at ten aspects of school food operations (from teaching and learning to finance and facilities) identified in our Rethinking School Lunch framework.

In the push to make decisions and produce results quickly, it's easy to bypass people — often the very people, such as food service staff and custodians, who will have the task of implementing changes and whose cooperation is key to success. It's necessary to keep asking: "Who's being left out?" and "Who should be in the room?"

"Nested systems" is a core ecological principle. Like Russian "matryoshka" dolls that fit one into the other, most systems contain other systems and are contained within larger systems: cells within organs within individuals within communities; classes within schools within districts within counties, states, and the nation.

Changing a system affects both the systems within it and the systems in which it is nested. The challenge for change agents is choosing the right level, or levels, of scale for the changes they seek. The answer is often working at multiple levels: top down, bottom up, outside in, and inside out.

The Center for Ecoliteracy is applying this strategy in Oakland. We're supporting a pilot school, Cleveland Elementary, on garden and classroom projects that can be accomplished on a single campus. We're helping to facilitate the Oakland Food Web, which is a network of teachers, parents, and staff members from several Oakland schools, the district's food service, and the County Department of Public Health. The OUSD feasibility study, meanwhile, is taking on changes that depend on centralized administration, facilities, economies of scale, and coordination possible only at the district level.

Fritjof Capra writes, "Perhaps the central concept in the systems view of life" is that the pattern favored by life "is a network pattern capable of self-organization." He adds, "Life constantly reaches out into novelty, and this property of all living systems is the origin of development, learning, and evolution."

Networks that can effect systems change will sometimes self-organize if you set up the right conditions. Our seminars and institutes are designed for teams representing schools and districts rather than for individuals. Parents, teachers, administrators, and community volunteers — sometimes including people who had not met before the seminar  — have organized themselves into effective ongoing collaborations, such as the Oakland Food Web, which still continue.

Living systems generally remain in a stable state. That's a good thing; otherwise, we'd be living in chaos. But it's also why systems change can be so difficult. From time to time, however, a system encounters a point of instability where it is confronted by new circumstances or information that it can't absorb without giving up some of its old structures, behaviors, or beliefs. That instability can precipitate either a breakdown or — due to systems' capacities for self-organization — a breakthrough to new possibilities.

Remember the adage of former White House Chief of Staff (now Chicago Mayor) Rahm Emanuel: "You never want a serious crisis to go to waste." Take the epidemic of obesity and nutrition-related disease. It's a serious crisis that could precipitate a public health breakdown. At the same time, authorities who once viewed school food reform as a frivolous issue being promoted by foodies have now become more willing to look at the role that school food plays in an array of related problems ranging from rising health care costs to disparities in academic achievement. And that willingness in turn has created opportunities to use food as an entree for introducing a variety of sustainability topics into the curriculum, as we addressed in our book Big Ideas: Linking Food, Culture, Health, and the Environment.

Lesson #5:  Facilitate — but give up the illusion that you can direct — change.

"We never succeed in directing or telling people how they must change," observes Margaret Wheatley. "We don't succeed by handing them a plan, or pestering them with our interpretations, or relentlessly pressing forward with our agenda, believing that volume and intensity will convince them to see it our way."

So what can you do? In the provocative maxim of Humberto Maturana and Francisco Varela, "You can never direct a living system. You can only disturb it." How do you disturb a system? By introducing information that contradicts old assumptions. By demonstrating that things people believe they can't do are already being accomplished somewhere (one of the objectives of our book Smart by Nature: Schooling for Sustainability). By inviting new people into the conversation. By rearranging structures so that people relate in ways they're not used to. By presenting issues from different perspectives.

Meanwhile, you can create conditions that take advantage of the system's capacity for generating creative solutions. Nurture networks of connection and communication, create climates of trust and mutual support, encourage questioning, and reward innovation. Effective leaders recognize emergent novelty, articulate it, and incorporate it into organizations' designs. Leaders sometimes lead best when they loosen control and take the risk of dispersing authority and responsibility.

Lesson #6:  Assume that change is going to take time.

"Quick fixes are an oxymoron," says Margaret Wheatley. "If leaders would learn anything from the past many years, it's that there are no quick fixes. For most organizations, meaningful change is at least a three- to five-year process — though this seems impossibly long. Yet multiyear change efforts are the hard reality we must face."

Anticipate that you'll need time for the education and training required for people to change attitudes, adopt new practices, or use new tools. Set high goals, but take manageable steps. Look for intermediate achievements that allow people to experience — and celebrate — success and to receive recognition on the way to the ultimate goal.

Taking time for stakeholders to understand each other's concerns and learn to trust each other's motivations and intentions can be time well spent. OUSD has one of the most comprehensive wellness policies we've seen. Writing that policy began with scores of community members meeting in a process marked by debate and often disagreement. When the policy was finally formulated, though, it received buy-in throughout the community.

Lesson #7:  Be prepared to be surprised.

In the late 1990s, we convened a disparate community of activists with a variety of complaints about school meals in Berkeley. A year later, the first district school food policy in the nation emerged. The coherence of the policy, which has had a worldwide impact, was an expression of the group rather than the vision of any single individual.

The art and science of systems change are continually evolving. We encourage people to experiment with these seven lessons — and to expect surprises. Frequently it's the unanticipated consequences that are the most rewarding and effective results of immersion in dynamic systems.

Joanna Macy, Coming Back to Life: Practices to Reconnect Ourselves, Our World (Gabriola Island, BC: New Society Publishers, 1998). 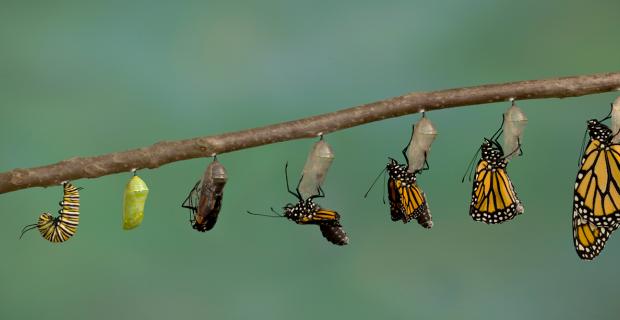 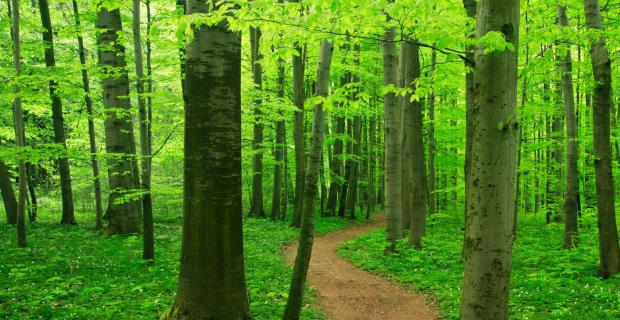