Teaching Children to See the Systems All Around Us

How to clearly and creatively teach students about living systems to help them make better decisions in the world.

When not swimming in Walden Pond, Linda Booth Sweeney, a systems educator and writer, focuses on how to clearly and creatively teach students of all ages about living systems to help them make better decisions in the world.

She spoke with Lisa Bennett, communications director for the Center for Ecoliteracy and coauthor of Ecoliterate: How Educators Are Cultivating Emotional, Social, and Ecological Intelligence, about leaving a career in advertising for education, teaching her own children about living systems, and feeling hope for the future.

LISA BENNETT: You live in Concord, Massachusetts — home of Henry David Thoreau, Ralph Waldo Emerson, and Walden Pond. I assume that you did not end up there by accident.

LINDA BOOTH SWEENEY: When I was a little girl, I marched in a fife and drum corps, and we came here. I just loved the energy. Then after graduate school in Cambridge, we had a couple of kids and needed to spread out a bit, and I remembered Concord. We live within running distance to the train. We have chickens. We walk everywhere. And we swim in Walden Pond, which definitely has its own magic. When I swim there, I'm put into a state of immediate experience. No thinking, just experiencing. I'm working on a children's book about Bucky [Buckminster] Fuller, and he says, "Questions... must be answered only in terms of experience.... Hearsay, beliefs, axioms, superstitions, guesses, opinions were and are all excluded as [my] answer resources." That's Walden for me: it reminds me not to take anything for granted and to stay with firsthand experience.

LB: How did you come to do the work you do?

LBS: At 28, I was working in advertising, for Ogilvy and Mather. It was a wonderful New York experience. I learned so much about communicating with people, which is all about making your message accessible. I wrote a speech for the chairman, Bill Phillips, who was also chairman of Outward Bound. As a thank you, he sent me on an Outward Bound course. I spent three days and four nights alone in Canyonlands National Park in Utah. All you get is a tarp and water, and maybe a handful of Gorp. During that experience of rising with the sun, going to bed as it went down, watching ecosystems in front of you, lizards trying to get lunch, I really got that there was a natural rhythm in a small plot of land and, eventually, I got that I was part of that, too.

Within a few weeks, The Fifth Discipline, by Peter Senge, landed on my desk. Peter was teaching some of what I experienced on the solo trip, and it hit me that this was what I wanted to be doing — only I wanted to teach living systems across the lifespans, not just to adults. My guess was that young people could learn it, that everyone could learn it. That's when I went and got a doctorate in education.

LB: What is your driving motivation in teaching about living systems today?

LBS: Joseph Campbell said, "People who don't have a concept of the whole, can do very unfortunate things…." That sums up my driving focus. I believe we all make better decisions if we learn about living systems.

LBS: When my oldest son, Jack, was six and his brother was four, we were reading Aesop's Fables and came to the story of Hercules. In the story, Hercules and [the monster] Strife are locked in a mounting battle of wills. When we finished, I asked Jack if this sounded familiar. He nodded and pointed to his four-year-old brother and said, "When he bumps me, I push him back." Intuitively, he got that pattern we call "escalation" — that in a closed loop system, things loop back on themselves. It was an awesome insight: a shift from being in the conflict, to seeing the pattern of the conflict. It's one of the things a systems perspective lets you do, shift away from the personal view to see the pattern.

LB: In the Center for Ecoliteracy's book Ecoliterate, we write about the practice of understanding how nature sustains life, which is another way of saying understanding living systems principles. In your book Connected Wisdom, you identify 12 living system principles or laws of nature. Let's talk about a few, beginning with interdependence. How can educators help young people understand this basic law of nature?

LBS: I recently did something with kids in which I took the story of wolves in Yellowstone and made cards representing aspen trees, beavers, wolves, birds that migrate through, moose, the ranchers that were annoyed at the wolves for attacking their flock. Then the kids took yarn and started to make the connections, looking at cause and effect. In that particular story, a true story, wolves are removed and a whole set of cause-and-effect relationships happens. Then it really hits home — the connections you can't see. Most connections you can't see. In real life, you have to imagine them. A lot of what I do is about stoking imagination, so we're more able and more likely to see beyond the obvious.

When I was in school, math was one class, science another, history another, geography another and never the twain shall meet. But you get out in the world and see that issues like climate change are a mix of all those, and you need to look across those seemingly separate subjects to make sense of it.

LB: But if you look at how many of these kinds of issues are discussed in our culture, in the news, they are not represented in their complexity.

LBS: No, we see the tip of the iceberg. Our media tends to be event-focused, not on patterns of behavior over time, and certainly not looking at what set of interrelationships might be causing those patterns and events. It is the opposite in many ways from what we are trying to teach young people and adults to do. But the good news is that in K–12 education, the idea of systems thinking is beginning to grow now. If you look at the state standards, there are some really exciting systems-related standards showing up.

LB: Perhaps one of the least considered living systems principles is systems integrity — by your definition, what a system has when all the parts and processes essential to its ability to function are present. How can an educator make this real for young people?

LBS: I put up a picture of a cow and ask, "If you cut a cow in half, do you get two cows?" Even four-year-olds will shout out, "No way!"  They understand the cow has parts that belong together. They have to be arranged in a certain way to live. You can't have the tail in front and the nose in back. It's getting to the notion that the way the parts are arranged matters in order for the cow to function, to live. It's an important part of system integrity. It's about having a worldview of the systems around us, including social systems, and you first have to understand that systems integrity before you mess with it.

LB: Let's talk about the commons — the idea that each of us depends on and is responsible for our shared resources, including air, water, land, and even energy.

LB: A final question: While you were in Hungary in 2012 for talks about the state of the planet, you wrote your children a letter that said, "In many ways, these talks were filled with what Dana [Donella] Meadows called 'unpleasant truths.' The realities of not living within the means of our planet are quite serious. Yet, when I think about the three of you, I feel hopeful." Why do you? 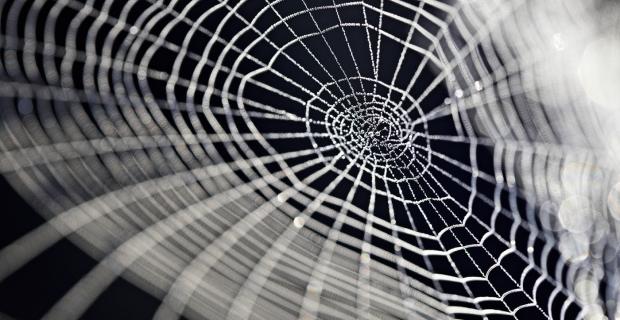 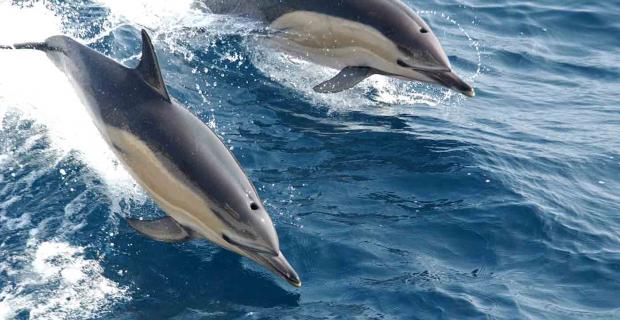 On Dolphins, Young People, and Unintended Consequences: A Conversation With Biologist Dave Phillips

Earth Island Institute's executive director discusses his passion for conservation, the effectiveness of stories, and seeing things from a systems perspective.