If you are what you eat, and especially if you eat industrial food, as 99 percent of Americans do, what you are is "corn."

Take a typical fast food meal. Corn is the sweetener in the soda. It's in the corn-fed beef Big Mac patty, and in the high-fructose syrup in the bun, and in the secret sauce. Slim Jims are full of corn syrup, dextrose, cornstarch, and a great many additives. The “four different fuels” in a Lunchables meal, are all essentially corn-based. The chicken nugget—including feed for the chicken, fillers, binders, coating, and dipping sauce—is all corn. The french fries are made from potatoes, but odds are they're fried in corn oil, the source of 50 percent of their calories. Even the salads at McDonald's are full of high-fructose corn syrup and thickeners made from corn.

Corn is the keystone species of the industrial food system, along with its sidekick, soybeans, with which it shares a rotation on most of the farms in the Midwest. I'm really talking about cheap corn — overproduced, subsidized, industrial corn — the biggest legal cash crop in America. Eighty million acres — an area twice the size of New York State — is blanketed by a vast corn monoculture like a second great American lawn.

I believe very strongly that our overproduction of cheap grain in general, and corn in particular, has a lot to do with the fact that three-fifths of Americans are now overweight. The obesity crisis is complicated in some ways, but it's very simple in another way. Basically, Americans are on average eating 200 more calories a day than they were in the 1970s. If you do that and don't get correspondingly more exercise, you're going to get a lot fatter. Many demographers are predicting that this is the first generation of Americans whose life span may be shorter than their parents'. The reason for that is obesity, essentially, and diabetes specifically.

Where do those calories come from? Except for seafood, all our calories come from the farm. Compared with the mid-to-late 1970s, American farms are producing 500 more calories of food a day per American. We're managing to pack away 200 of them, which is pretty heroic on our part. A lot of the rest is being dumped overseas, or wasted, or burned in our cars. (That's really how we're trying to get rid of it now: in ethanol. The problem is that it takes almost as much, or even more, energy to make a gallon of ethanol than you get from that ethanol. People think it's a very green fuel, but the process for making it is not green at all.)

Overproduction sooner or later leads to overconsumption, because we’re very good at figuring out how to turn surpluses into inexpensive, portable new products. Our cheap, value-added, portable corn commodity is corn sweetener, specifically high-fructose corn syrup. But we also dispose of overproduction in corn-fed beef, pork, and chicken. And now we're even teaching salmon to eat corn, because there's so much of it to get rid of.

There is a powerful industrial logic at work here, the logic of processing. We discovered that corn is this big, fat packet of starch that can be broken down into almost any basic organic molecules and reassembled as sweeteners and many other food additives. Of the 37 ingredients in chicken nuggets, something like 30 are made, directly or indirectly, from corn.

Now, how do you get people to eat so much of this reengineered surplus corn? That took the ingenuity of American marketing. One example is supersizing. When I was a kid, Coke came in these lovely little eight-ounce glass containers. Today, a 20-ounce container is the standard size for soda. The idea that you could sell soda that way was an invention. It has a history, and you can find the individual responsible, an ingenious movie theater manager named David Wallerstein, who invented the idea of supersizing and sold it to Ray Kroc, founder of McDonald's.

Before you go out and sue McDonald's over the size of your waistline, consider that overproduction of cheap corn is government policy. It's done in the name of the public interest, using our taxpayer dollars. American taxpayers subsidize every bushel of industrial corn produced in this country, at a cost of some four billion dollars a year (out of a total of 19 billion dollars in direct payments to farmers).

But before you blame subsidies for all these problems keep in mind that agricultural overproduction is an ancient problem that long predates subsidies. In any other business, when the price of the commodity you're selling falls, the smart thing to do is to curtail production until demand raises prices. But farmers don't do that, because there are so many of them, and because they all operate as individuals, without any coordination. So when prices fall farmers actually expand production, in order to keep their cash flow from falling. This economically and environmentally disastrous phenomenon has resulted in an increase in the American corn harvest from four billion to ten billion bushels since the 1970s.

How do we begin to change this system? First, we all need to begin to pay attention to the Farm Bill, working to develop farm programs that allow farmers to stay in business without falling into the trap of overproduction. Most city people don't realize the stake they have in it. They assume it's a parochial concern of members of Congress from farm states, but it's not. If it were called the Food Bill, I think we would all pay a lot more attention to it, and get a saner result. The Farm Bill sets out the rules of the game that everyone is playing in, whether you're an industrial or an organic farmer, whether you're eating industrially or not.

The other thing we can do is become responsible consumers. I’ve never liked the word "consumer." It sounds like a character who’s using up the world, rather than creating anything. I was at a gathering in Italy last October where Carlos Petrini, the founder and president of Slow Food International, offered a wonderful redefinition of the word. He called the consumer a “cocreator.” I think that’s exactly right, and we’ve seen why: with the organic movement, consumers and farmers have shown how they can work together as cocreators of an alternative food system. We need to join together now, to recruit a larger and larger army of cocreators, to rewrite the rules of the game — and “cocreate” a different kind of food system.

This essay is excerpted from an article that originally appeared in The New York Times Magazine. It is reprinted with permission from the author, a contributing writer for the magazine. 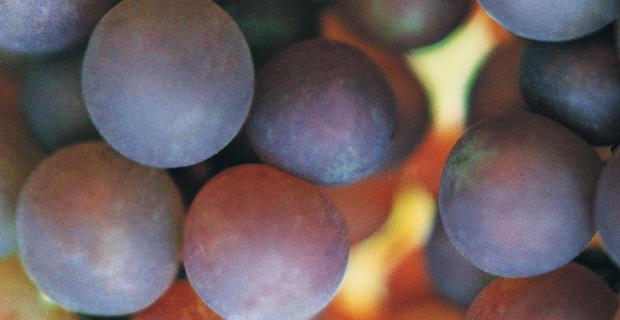