When it comes to connecting art, science, and design, there can be no better inspiration than Leonardo da Vinci.

He was the great genius of the Renaissance, who not only connected these three disciplines but fused them into a seamless whole in a unique synthesis that has not been equaled before, nor afterwards. I have studied Leonardo's synthesis for many years. I published a book, The Science of Leonardo, in 2007; and I have now written about three quarters of a second book, in which I go deeper into the various branches of his science.

Most authors who have discussed Leonardo's scientific work have looked at it through Newtonian lenses. This has often prevented them from understanding its essential nature, which is that of a science of organic forms, of qualities, that is radically different from the mechanistic science of Galileo, Descartes, and Newton. And this is precisely why Leonardo's science is so relevant today, especially for education, as we are trying to see the world as an integrated whole, making a perceptual shift from the parts to the whole, objects to relationships, quantities to qualities.

In Western intellectual history, the Renaissance marks the period of transition from the Middle Ages to the modern world. In the 1460s, when the young Leonardo received his training as painter, sculptor, and engineer in Florence, the worldview of his contemporaries was still entangled in medieval thinking.

Science in the modern sense, as a systematic empirical method for gaining knowledge about the natural world, did not exist. Knowledge about natural phenomena had been handed down by Aristotle and other philosophers of antiquity, and was fused with Christian doctrine by the Scholastic theologians who presented it as the officially authorized creed and condemned scientific experiments as subversive. Leonardo da Vinci broke with this tradition:

"First I shall do some experiments before I proceed farther, because my intention is to cite experience first and then with reasoning show why such experience is bound to operate in such a way. And this is the true rule by which those who speculate about the effects of nature must proceed."

One hundred years before Galileo and Bacon, Leonardo single-handedly developed a new empirical approach, involving the systematic observation of nature, reasoning, and mathematics — in other words, the main characteristics of what is known today as the scientific method.

Leonardo's approach to scientific knowledge was visual; it was the approach of a painter. "Painting," he declares, "embraces within itself all the forms of nature." I believe that this statement is the key to understanding Leonardo's science. He asserts repeatedly that painting involves the study of natural forms, and he emphasizes the intimate connection between the artistic representation of those forms and the intellectual understanding of their intrinsic nature and underlying principles. For example, we read in a collection of his notes on painting, known as the "Treatise on Painting":

"[Painting] with philosophic and subtle speculation considers all the qualities of forms…. Truly this is science, the legitimate daughter of nature, because painting is born of nature."

Nature as a whole was alive for Leonardo, and he saw the patterns and processes in the microcosm as being similar to those in the macrocosm. In particular, he frequently drew analogies between human anatomy and the structure of the Earth, as in the following beautiful passage:

"We may say that the Earth has a vital force of growth, and that its flesh is the soil; its bones are the successive strata of the rocks which form the mountains; its cartilage is the porous rock, its blood the veins of the waters. The lake of blood that lies around the heart is the ocean. Its breathing is the increase and decrease of the blood in the pulses, just as in the Earth it is the ebb and flow of the sea."

Leonardo was what we would call, in today's scientific parlance, a systemic thinker. Understanding a phenomenon, for him, meant connecting it with other phenomena through a similarity of patterns. When he studied the proportions of the human body, he compared them to the proportions of buildings in Renaissance architecture; his investigations of muscles and bones led him to study and draw gears and levers, thus interlinking animal physiology and engineering; patterns of turbulence in water led him to observe similar patterns in the flow of air; and from there he went on to explore the nature of sound, the theory of music, and the design of musical instruments.

This exceptional ability to interconnect observations and ideas from different disciplines lies at the very heart of Leonardo's approach to learning and research, and this is something that is very much needed today, as the problems of our world become ever more interconnected and can only be understood and solved if we learn how to think systemically — in terms of relationships, patterns, and context.

While Leonardo's manuscripts gathered dust in ancient European libraries, Galileo was celebrated as the "father of modern science." One cannot help but wonder how Western scientific thought might have developed had Leonardo's notebooks been known and widely studied soon after his death.

Leonardo did not pursue science and engineering to dominate nature, as Francis Bacon would advocate a century later. He abhorred violence and had a special compassion for animals. He was a vegetarian because he did not want to cause animals pain by killing them for food. He would buy caged birds in the marketplace and set them free, and would observe their flight not only with a sharp observational eye but also with great empathy.

Instead of trying to dominate nature, Leonardo's intent was to learn from her as much as possible. He was in awe of the beauty he saw in the complexity of natural forms, patterns, and processes, and aware that nature's ingenuity was far superior to human design. "Though human ingenuity in various inventions uses different instruments for the same end," he declared, "it will never discover an invention more beautiful, easier, or more economical than nature's, because in her inventions nothing is wanting and nothing is superfluous."

This attitude of seeing nature as a model and mentor is now being rediscovered in the practices of ecological design and biomimicry. Like Leonardo, ecodesigners today study the patterns and flows in the natural world and try to incorporate the underlying principles into their design processes. This attitude of appreciation and respect of nature is based on a philosophical stance that does not view humans as standing apart from the rest of the living world but rather as being fundamentally embedded in, and dependent upon, the entire community of life in the biosphere.

Today, this philosophical stance is promoted by the school of thought known as "deep ecology." Shallow ecology views humans as above or outside the natural world, as the source of all value, and ascribes only instrumental, or "use," value to nature. Deep ecology, by contrast, does not separate humans — or anything else — from the natural environment. It sees the living world as being fundamentally interconnected and interdependent and recognizes the intrinsic value of all living beings. Amazingly, Leonardo's notebooks contain an explicit articulation of that view:

"The virtues of grasses, stones, and trees do not exist because humans know them.… Grasses are noble in themselves without the aid of human languages or letters."

In view of this deep ecological awareness and of Leonardo's systemic way of thinking, it is not surprising that he spoke with great disdain of the so-called "abbreviators," the reductionists of his time:

"The abbreviators do harm to knowledge and to love.... Of what use is he who, in order to abridge the part of the things of which he professes to give complete knowledge, leaves out the greater part of the things of which the whole is composed?… Oh human stupidity!... Don't you see that you fall into the same error as he who strips a tree of its adornment of branches laden with leaves, intermingled with fragrant flowers or fruit, in order to demonstrate the suitability of the tree for making planks?"

This statement is not only revealing testimony of Leonardo's way of thinking, but is also ominously prophetic. Reducing the beauty of life to mechanical parts and valuing trees only for making planks is an eerily accurate characterization of the mindset that dominates our world today. This, in my view, is the main reason why Leonardo's legacy is immensely relevant to our time.

As we recognize that our sciences and technologies have become increasingly narrow in their focus, unable to understand our multi-faceted problems from an interdisciplinary perspective, and dominated by corporations more interested in financial rewards than in the well-being of humanity, we urgently need a science that honors and respects the unity of all life, recognizes the fundamental interdependence of all natural phenomena, and reconnects us with the living Earth. What we need today is exactly the kind of science Leonardo da Vinci anticipated and outlined 500 years ago.

This essay is adapted from lectures delivered by Fritjof Capra at the Center for Ecoliteracy's seminar "Sustainability Education: Connecting Art, Science, and Design," August 16–18, 2010. 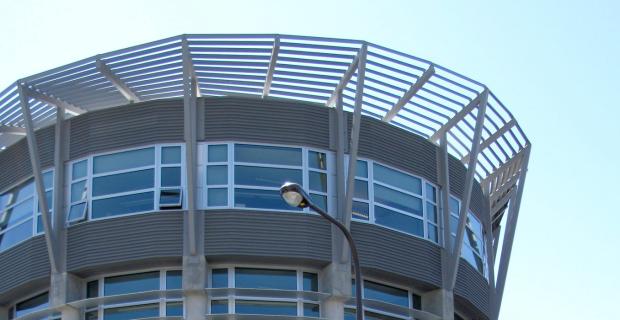 A Hippocratic Oath for Designers?

Challenging design professionals to view their projects as essential to human health, local economy, and ecology could result in more sustainable architecture. 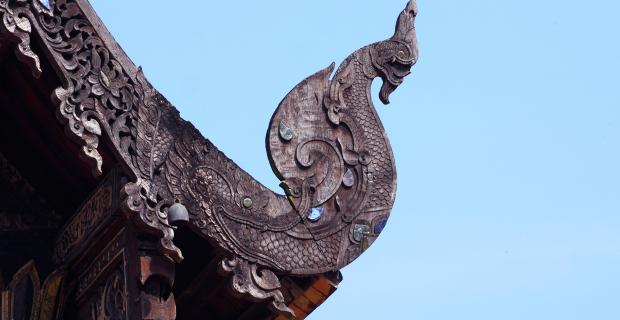 The Designer's Challenge: Four Problems You Must Solve 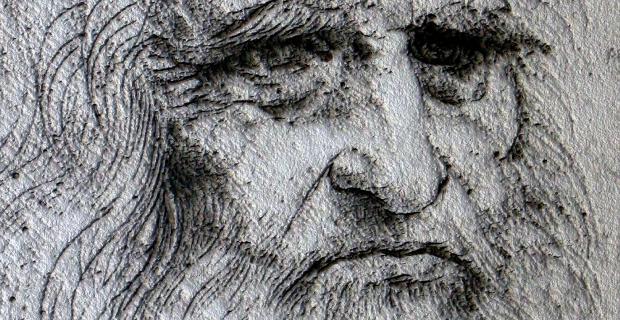 In order to reconnect to the natural world today, Fritjof Capra suggests we need to embrace the same elements Leonardo outlined 500 years ago.