Why community-wide support of school food reform is crucial, by the cochair of the victorious 2012 bond measure campaign in Oakland.

An overwhelming 83.65 percent of Oakland, California voters supported Measure J on the November 2012 ballot. $40 million of the bonds authorized by that measure is intended for improvements in kitchen and dining facilities recommended in the Center's Rethinking School Lunch Oakland Feasibility Study. This campaign talk by Measure J cochair Ruth Woodruff conveys some of the thoughtfulness, passion, and commitment that resulted in this huge accomplishment.

You may wonder how a ragtag group in this underdog school district came to be sitting here on the cusp of a massive systemic transformation.

It still stuns me in many ways that we are here today telling this story. I think that while we were working so hard, we didn't yet grasp the magnitude of the work. Don't get me wrong, we knew it would be massive. The labor union issues, meager state and federal reimbursement funding, inadequate facilities and funding — all this in a district that was just out of state receivership and needing to stay solvent, not to go off inventing new ways to spend money. We heard this, but somehow the "insurmountable" did not seem impossible to us.

Maybe it was the naysayers. I remember my husband's recounting a conversation with someone about my involvement in school food reform. The response was along the lines of Oh, isn't that cute, someone's always trying to fix the lunch, nothing ever really gets done. You want to motivate me? Tell me I can't do it.

But what really inspired us was the profound way that talking about food and feeding our children well can unite people from widely different backgrounds, races, socioeconomic groups, and cultures.

When we first sat down together, we represented Oakland's hills and flats, a diversity of racial and ethnic groups, and a wide range of socioeconomic backgrounds. In short, we were a group of people that probably would have no other reason to be in the same room together, except that we were all asking for the same thing: that we stop feeding our children processed and unhealthy foods.

There is a growing, overwhelming body of evidence that much of what the food industry puts into our food under names we can't pronounce — most of it recycled and reinvented uses for the industrial by-products of subsidized corn and soy — is highly deleterious to our health.

Parallel research shows that foods we know and that are close to their natural state are not just healthy in a general sense, but are responsible for shaping who we are at a cellular level. They tell our genes what to do and how to thrive and fight disease, and the effect is cumulative. Babies aren't born with a clean nutritional slate; they inherit the benefits and/or deficiencies of previous generations.

With the one set of "foods" that is ridiculously and superficially cheap, and the other set that represents true costs but is an expense many can't afford, a divide is forming that did not exist even a few generations ago.

So the chance to learn more about a school food system that feeds 7 million meals a year to Oakland children eradicated all the other differences between the parents, educators, and health professionals, and united us around this cause.

To hear anecdotes about dedicated kitchen managers opening early on Monday mornings to feed children that might not have had much to eat over the weekend, or sending home backpacks of food on a Friday night was heart-wrenching. But then to learn that much of that food included highly processed carbs and sugars felt like a dereliction of responsibility.

We sought professional advice and convened a panel of nutrition services directors, including Ann Cooper, who had come into Berkeley after the Center for Ecoliteracy had worked its magic there, and Al Scheider, director of nutrition services in Hayward, who was serving scratch-cooked food in his high schools under a very different model. From Ann, we learned about the importance of having a feasibility study, and the groundwork that was done before she took over in Berkeley. From Al, we learned about the importance of running a tight business model. He wasn't serving all organic food, and he wasn't serving scratch-cooked food in his elementary and middle schools, because of facilities and distribution issues, but he was operating in the black, and providing whole foods to kids at the high school level. More importantly, this group of teenagers was eating them.

We realized two things: Whatever plan we had in Oakland had to be fiscally sound, and we needed to pave a way, beginning with school officials, for our own transformation.

We met with our school board representatives, who all echoed their hesitation about embarking on a project like this so fresh out of state receivership.

When we met with Superintendent Tony Smith, he was enthusiastically supportive, but without current budgetary means to make any changes.

The theme was clear: There was enough theoretical support to continue the work, but we had to find an alternate way to fund this transformation.

About then, the Center for Ecoliteracy started coming to our meetings. Unbeknownst to us, the Center was vetting us as a district to see if we had the right players to realize school food change. We may have had less than no money for this project, but we had a willing superintendent and board, a willing food services director, and an active and involved parent group demanding change.

It often seems as if we, as these grassroots organizers, were the recipients of bounteous serendipity. All along the way, the right people have showed up at the right moment to help us with resources, ideas, and direction in the form of fundraising and media consultation and connections to organizations doing like-minded work. Zeitgeist is always the clearest explanation. We really are part of a larger social movement. There's an embarrassment of research, and I use this term deliberately, about the nutritional impact on health, learning, and behavior. We know the impact of the dramatic differences in life expectancy in a city like Oakland, not in some larger socioeconomic scheme, but by local zip code. We're starting to pay a lot of attention to this as a society, and this attention was carrying our movement forward.

In this case, just when we needed a resource, the Center for Ecoliteracy produced an incredible document in the Rethinking School Lunch Oakland Feasibility Study that provides us with a way to bring about all the changes we ever dreamed of, and points us to ways to fund them and potentially generate revenue beyond our need.

We realized that the key was a $40 million building project to create modern kitchens to accomplish the task. That number won't come from private donors; it requires community buy-in and support. A bond measure is the exclusive funding path to transformation.

And so we ask you, the voters, to support this initiative, by voting yes on Measure J. We also need help with phone-banking, door-knocking and staffing tables at farmer's markets. Please consider signing up for that effort today. If you can't do that, please talk to your friends and neighbors about this as well! It's fun to watch people engage on this issue. A school bond measure is something many people in a community like ours dutifully support, but to know that Oakland stands poised to be a leader in school lunch reform makes this a pretty exciting moment in our history as a city.

Picture us, several years from now, serving the highest quality local, organic food to our kids, drawing national attention to our project and inciting many imitators. We can be one of the dominoes near the start of a chain for large urban districts. Think about this taking hold across the state and the country, about improving life expectancies for children, reducing the need for expensive health interventions, improving educational outcomes, giving kids a real chances to be as great as the food they eat. What we choose to serve them through our lunch programs says everything about who we are as a society. This is our moment and our chance to realize this for the future. 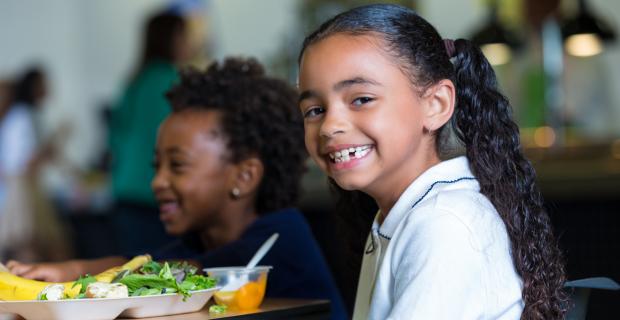 A roadmap for comprehensive reform of nutrition services. 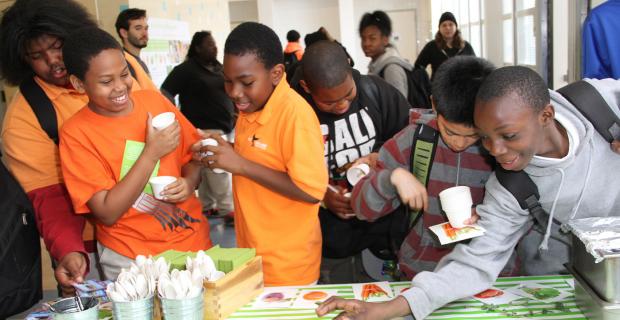 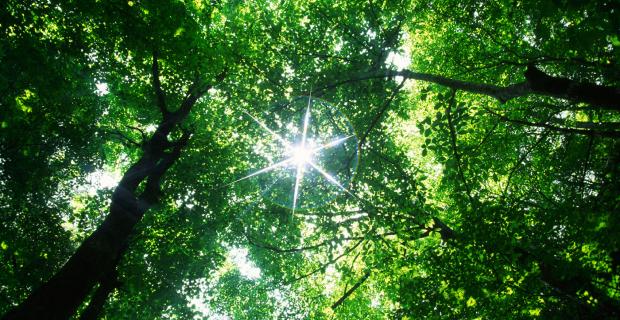